Posts may be sponsored. This post contains affiliate links, which means I will make a commission at no extra cost to you should you click through and make a purchase. As an Amazon Associate I earn from qualifying purchases. 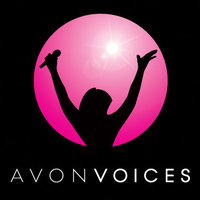 Thirty seconds is all it takes to potentially make it big and gain exposure to audiences from more than 60 countries and be professionally judged by music-industry greats like Fergie, six-time Grammy award winner; legendary songwriter, Diane Warren; Natasha Bedingfield, Grammy nominated singer/songwriter; Lea Salonga, Filipina singer and actress and Russian sensation, Valeriya, among others.

Be empowered!  Avon Voices is inviting people everywhere to join a worldwide movement that unites and inspires through the universal language of music.  Women around the world are making their voices count by telling their stories, sharing their dreams, and showcasing their talents at www.avonvoices.com.
It’s easier than you think.  Through February 13, 2011, women can sing out on a 30-second video clip from the approved song list at www.avonvoices.com and be a part of a global movement. Talented finalists of the year-long program will travel to exciting destinations such as Hong Kong, Hollywood, Rio de Janeiro, New York, Paris and Nashville.  With that comes professional coaching, Avon makeovers and studio time for performance videos.
Avon Voices is the company’s first-ever global online singing talent search for women and songwriting competition for men and women in celebration of its 125th Anniversary.  At the conclusion of the program, Diane Warren will be providing an anthem to be recorded by up to 10 global finalists alongside many of Avon Voices celebrity judges.  The anthem will debut live at the Avon Foundation for Women Annual Awards Gala, scheduled for Fall 2011 in New York City.
This moving anthem, as well as other Avon Voices recordings, will be available for purchase in certain countries, and a percentage of your purchase will help advance the Avon Foundation for Women’s global campaign to end violence against women and girls.  Find out more about music purchases at www.avonvoices.com.  To date, Avon global philanthropy has raised and awarded more than $30 million directed to domestic and gender violence awareness, education, direct services and prevention programs.
About Avon Products, Inc.
Avon, the company for women, is a leading global beauty company, with over $10 billion in annual revenue.  As the world’s largest direct seller, Avon markets to women in more than 100 countries through approximately 6.2 million active independent Avon Sales Representatives.  Avon’s product line includes beauty products, as well as fashion and home products, and features such well-recognized brand names as Avon Color, Anew, Skin-So-Soft, Advance Techniques, Avon Naturals, and Mark.  Learn more about Avon and its products at www.avoncompany.com.
About Avon Foundation for Women
The Avon Foundation for Women was founded in 1955 to improve the lives of women. Through 2010, Avon global philanthropy has donated more than $800 million in more than 50 countries for causes most important to women. Today, Avon philanthropy focuses its funding on breast cancer research and access to care and efforts to end domestic and gender violence.  Avon has also responded generously in times of major global disasters and emergencies.
To learn more about Avon Voices, go to http://www.avonvoices.com/ or follow us on Facebook (http://www.facebook.com/avonvoices) and Twitter (http://www.twitter.com/avonvoices).

Ellen is a busy mom of a 22-year-old son and 27-year-old daughter. She owns 5 blogs and is addicted to social media. She believes you can feel beautiful at any age and any size. She shares healthy, realistic beauty and fashion information geared toward women over the age of 40. If you’d like to work together, email info@the-socialites-closet.com to chat.

3 thoughts on “Thirty Seconds to Share your Story, Song and Your Spirit”

I believe you can feel beautiful at any age and any size. Here I share healthy, realistic beauty and fashion information geared toward women over 40.